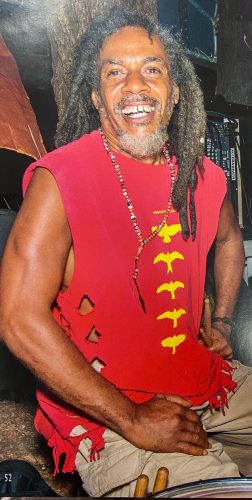 Join us for a special music concert at the Marathon Library, Friday, February 21st at 6 PM with Abdul Mateen of Maasai.

Abdul Mateen, originally from New York City, grew up on music. He studied saxophone, cello and violin in school and learned guitar and drums from friends of his father’s. While he has his musical roots in jazz and in New York City, he is best known for his reggae band Maasai. In addition to playing with Florida Keys reggae musicians, Maasai has recorded several albums with one, the 2003 Babylon X No More, being nominated for two Grammy awards.

To learn more about him and his music check out the book The Soul of Key West by Ralph De Palma.